So, Mr. Branson made it up to the edge of space, with a grin. And the whole world is clapping hands. For what? Paraphrasing Neil Armstrong’s famous expression: That’s one small step for mankind, one giant leap for Sir Richard. He will soon be followed by others, billionaires alike.

I’ve rarely witnessed a more blatant anachronism than this one. While parts of the world are burning, and others are drowning, we watch the space oddity of the super-rich, the super-egocentrics, racing to the skies, burning energy for pleasure, exploding their carbon footprint for nothing more tangible than having it done. And it takes a hell lot of energy to overcome gravity of Mother Earth! That’s why reaching space is challenging…

They will claim to compensate for their footprint, of course, but there is not enough left on Earth to compensate for the absurdities of the happy few. Reality is when it hurts, said Jacques Lacan, a famous French psychologist. The higher you fly, the longer it may take to notice. But one day they all come down again. And sooner or later they will face the backlash for their reckless undertakings. No doubt, this show must end. Hopefully the negative fall-out on their brand image will help raising awareness. It’s up to all of us to make that happen. 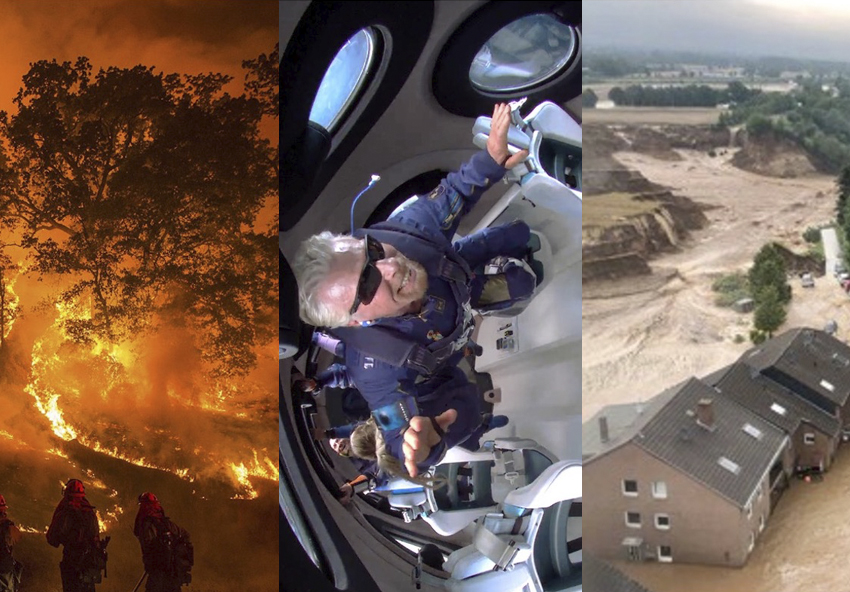